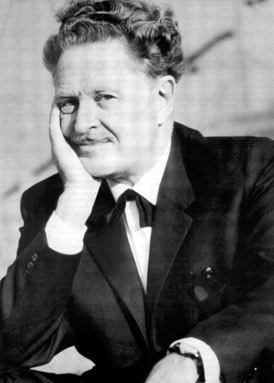 Nâzım Hikmet (Salonika, January 17, 1902 – Moscow, June 3, 1963) graduated from the Ottoman Naval School (1919) and was assigned as a naval officer to the Ottoman cruiser Hamidiye; however, he was exempted from naval service in 1920 due to health reasons. In January 1921, he went to Anatolia in order to join the Turkish War of Independence. He was never sent to the front; after teaching for some time in Bolu, he left for Moscow via Batum in September of 1921 and studied at the Communist University of the Toilers of the East. He returned to Turkey in 1924, went back to Moscow a year later, and stayed there until 1928, the year in which he was detained for some time upon his return. Having been acquitted from many cases brought against him due to his poems, Nâzım Hikmet was arrested for some time in 1933 and 1937 for involvement in organizational activities. In 1938, he was arrested on charges of “inciting rebellion with the army and navy” and was sentenced to 28 years and 4 months of prison. He was released on July 15th with the Amnesty Law enacted on July 14, 1950. Although he was under no legal obligation, he was drafted into the army; recognizing this action as a threat on his life, he left İstanbul on June 17, 1951 and went to Moscow via Romania. On July 25, 1951, his Turkish citizenship was revoked upon a decision taken by the Council of Ministers. Until his death, he traveled to many countries across the world, gave conferences, and read his poems. Nâzım Hikmet is buried at the Novodevichy Cemetery in Moscow.

Having begun writing poetry in 1914, Nâzım Hikmet published his first poem (“Hâlâ Servilerde Ağlıyorlar mı” / “Are they Still Crying at the Cypresses?) as Mehmed Nâzım on October 3, 1918 in Yeni Mecmua. Inspired by the Russian futurists and constructivists he met during his studies in Moscow between 1921 and 1924, he moved away from classic poetry forms and began developing a new and more liberal language and form of poetry. Some of his early works were published in Aydınlıkmagazine. His first book of poems, "Güneşi İçenlerin Türküsü" (Song of the Sun-drinkers) was released in Baku in 1928. Published in İstanbul in 1929, 835 Satır (835 Lines) caused quite a stir among he literary circles. Over time, Hikmet developed a less experimental language of poetry that cannot exactly be defined as classic. He also demonstrated how folk poetry and Eastern poetry can be used without compromising contemporary forms.

Apart from literature, theater and cinema also falls within the scope of Nâzım Hikmet’s interest. The years he spent in Moscow coincides with the period in which Russians blazed the trail in these two art forms. Nâzım Hikmet wrote screenplays of many feature films and contributed towards their production. The works of Nâzım Hikmet, which include newspaper articles, novels, short stories, and translations, were banned in Turkey from 1939 to 1965. Published in different editions from 1965 onwards, his works were brought together as “complete works.” Yapı Kredi Yayınları is currently reviewing this “corpus” and republishing it.